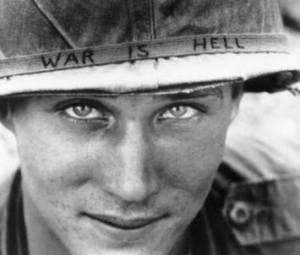 Society often creates wars on things they don’t want, like the “War on Drugs,” the “War on Poverty,” the “Fight Against Illiteracy,” the “War on Teenage Pregnancy,” etc.  Politics are rank with fighting, infighting, figure pointing, and nonsense.

How can any organization or individual proclaiming the desire for change create change, when they are really only focusing on what they don’t want.

While studying Wallace Wattles, The Science of Abundance,  written long before “The Secret” came about, there is a very good explanation about how people create more of what they don’t want when they give it their attention.

I recently received an email from a fellow 9-12er in another state.  Her goal was to create a rally against Radical Islam.  I thought about what I had been learning.  Her next email was that she didn’t receive many responses.  I certainly hadn’t responded to her idea.  But then I wrote to her.  I explained that if she wanted to create a rally, maybe she could focus on what she actually wants.  Muslims, Christians, Jews, etc standing for Peace.  Uniting instead of dividing.

Can the world really drive out what they don’t want by focusing on the problem?

In another post, we looked at the schools in my area teaching a class on “White Privilege.”  Read more about that here.  But to sum it up, we cannot teach children they are racist to eliminate racism.  We must teach children how to recognize friendship and similarities. To become inclusive through finding common ground.  By recognizing difference and finding beauty in them.

I’m not sure what the point of that organization is except to say you are not allowed unless your skin color is black.  How dividing is that?  It isn’t based on anything except how you were born.  It is not on the content of your character but the color of your skin.  This is the polar opposite of what Martin Luther King Jr. stood for.  He didn’t stand “against” the white man.  He stood for ALL men to become better individuals, be judged for what they create and do, not their color of their skin. 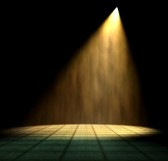 Let’s look at what we know.  If you come into a dark room and switch on the light, the darkness is gone.  Can you bring darkness into a lit room?  Can you  extinguish light with darkness?  It only works ONE DIRECTION.  Light ALWAYS dispels the darkness.  Darkness is the absence of light.

As a proponent of liberty and abundance, my goal is to help those of us promoting liberty and abundance to focus on those things.  I have watched as many 9-12 groups, tea party groups, and political groups become negative.  They have stopped standing for principles of liberty, and they have begun fighting against this or that issue.  It will never have the result you want.

Liberty is spread by education.  Abundance is spread by the teaching of abundance principles. Wattles also stated,

The very best thing you can do for the whole world is to make the most of yourself.  You can serve God and man in no more effective way than by…the creative method and not by the competitive one.

Change will occur in America when Americans have more to protect, and are not just fed and entertained (bread and circuses). 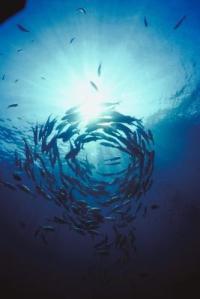 It is time to raise our fellow-man by not giving them the fish, but teaching them how to make the net (or pole), find the best fishing hole, teach them to fish, and most importantly, teach them how to believe they deserve to catch as many fish as they desire.

If you would like to begin finding your abundance, please join me by being mentored by some of the best. Click here for the MENTOR WEBSITE!

Want to learn how to Consciously Create in your life?  CLICK HERE to learn more.

Want to schedule me to come and speak at an event?  CLICK HERE.

I am Jacqueline Smith.  I am all about liberty, freedom and abundance.  I am the change I wish to see in the world.  JOIN ME!

2 thoughts on “War on Drugs, War on Poverty, War on …. Whatever”

Leave a Comment, and enter the discussion. Cancel reply