The following story was written by a 15-year-old.  Our children are watching. 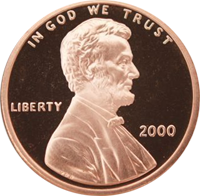 How do you get a penny across the room without anyone noticing?  You do it slowly.  You distract. And the people who notice, just call them “crazy.”  You don’t do it all at once.  You do it an inch at a time, and you distract them while you are moving it.

You tell them that there is some crazy disease, or there was a shooting, and then you move it while they are caught up in all the media around it. You tell them that Donald Trump is winning the presidential race, or you tell them Kylie Jenner has had plastic surgery.

Nobody cares about the penny as long as you don’t let them see it move. They are too focused on the things that you let them see.  And the people who do see the penny move, just call them crazy, because then people can sit and make fun of them while you move the penny a little more.

How do you stop the penny from moving all together?  You don’t.  There will always be someone who is going to move this penny, so you can either buy the lies that are being sold or you can separate yourself from the media and everyone who is caught up in it.

Who cares that “Love wins,” when we are brutally murdering people in another country? Who cares that Bruce changed his name to Caitlyn?  Someone is moving that penny while we bicker about “morals” and “equality.”  Love wins, when we stop invading countries and killing people over money and greed.

That’s how you move a penny across the room without people noticing. 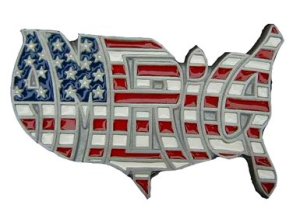 If you didn’t get what I was trying to say then you are the person who is more worried about Kylie Jenner than the important penny I call America.

One side of the room is free and the other side is a confined cell that is so tight you almost can’t breathe, but when it slowly gets smaller you don’t notice, until it’s too late to go back.

Jamisyn Smith was born in 2000.  She has been homeschooled her entire life and takes a few classes at the high school.  She has four siblings and lives with her parents in Summit County Utah.  Jamisyn has won awards in photography, and writing at the county level.  She has participated in 4-H since 2010.  She loves architecture, fashion design and philosophy.

Leave a Comment, and enter the discussion. Cancel reply