The NCCJ becomes the ICCJ

One of our STAR Forum members has a child in Park City High School.  She contacted me very upset about a 1½-hour presentation in her child’s class.  I decided to look into this a little further and found some background on this subject.

The NCCJ (National Center for Christians and Jews) is an organization that I have had dealings for many years, a number of years ago.  My former boss, Robert L. Rice, was a supporter of this group.  I attended many years of black-tie events honoring people such as Gordon B. Hinckley, at the price of $10,000 per table.

I had a great deal of respect for this group, as I noticed it was a way to bridge the gap between different religions, different races, and different socio-economic backgrounds.  They taught people how many things they had in common.  It was a great plan.  Then something must have changed ….

Sometime since I knew this organization and now the organization has become ICCJ or The Inclusion Center for Community and Justice.  On the outset, especially looking at the website, I would say that it stands for the same things, unless you dig a bit deeper. 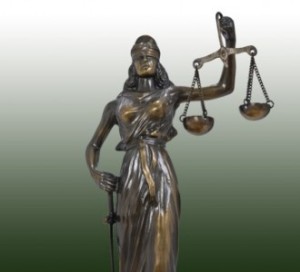 Rather than teaching adults and children to find their commonalities, they are promoting “social justice.”  Let us define the difference between equal justice and social justice a bit.  Equal justice is what we, as Americans, and especially our founding fathers, hoped to create in this country.  Equal justice is portrayed in our society by a blindfolded justice holding the scales.  She is blindfolded as to not see your race, your religion, or your social status as a factor in applying the law.

Social justice, on the other hand is what most Marxist and socialistic philosophies lean toward.  Their idea of justice is when a race of people, or a class of people who have oppressed (even if it was their great-great-great-grandparents that did the actual oppression) must pay to those great-great-great-grandchildren of the oppressed their due.  This shows up in re-distribution of wealth programs, the stirring up of class warfare, affirmative action, programs that grant entitlements or benefits, or some other special privilege based solely on your race or ethnic background, etc.

You may be wondering how I can claim this group is promoting social justice.  A quick look at their site will show you.:

When not at the Inclusion Center, interns carry out the mission of the organization by running social justice clubs. These clubs hold weekly/monthly meetings that discuss school specific issues, implement service learning projects, and run student driven campaigns such as Oppression Awareness Week and Teaching Tolerance’s Mix It Up Day.

What they taught in Park City 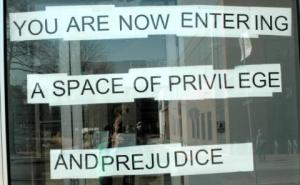 Three Park City High School English teachers have had a presentation from the ICCJ  called “White Privilege.”  Anna WIlliams was the first this year, followed by Steve Cuttitta and Melissa Nikolai, who combined their classes for the 1 ½ hour presentation.

Mr. Cuttitta believes this is a good opportunity before he moves into teaching about the Holocaust and the novel Night, by Elie Weisel.

The premise of the class was to teach 10th graders that they are racists because they are white and have lived privileged lives.  After looking at the literature from the class, and all of the literature easily accessible on their website www.inclusioncenter.org , I would have to agree with that conclusion.  I even have a copy of an email from the presenter that shows her intention.  It is to make these children uncomfortable.

Here is a direct quote from one of the emails I received from our member about what went on at the high school.  After being asked why all the black kids, Mexican kids and white kids grouped together in the lunch room, they hesitated to answer.

“When they answered, because all the Hispanics call them names in the hallway (white trash and the like) and always speak Spanish, they don’t feel they would want them to join them.  The presenter got in their face and called them racist.  Saying things like, “because you feel that way, that makes you a racist.  You are racists and don’t even know it, we are here to make you aware of it.”

What should have been taught 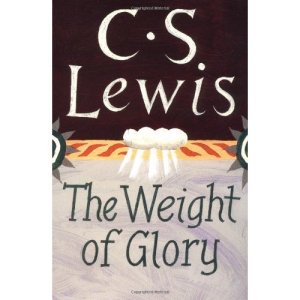 Maybe there are other reasons besides race involved.  Maybe it could simply be not wanting to be around people you believe are rude to you.   Or maybe you like to be around someone you can understand.  Alternatively, maybe it could be better explained by a great philosopher like C. S. Lewis in his book The Weight of Glory, and the chapter titled “The Inner Ring.”  Have your 10th graders read that one and discuss it.  This is an English class, right?  Now before anyone starts screaming about seperation of church and state, at no time during this thesis of the Inner Ring, does C. S. Lewis bring up God.

Mr. Lewis explains that in every walk of life there are unwritten systems, as described by Tolstoi in War and Peace.  They begin in school, they extend to colleges, and they are in the work place as well.  He goes on to say, “I must now make a distinction.  I am not going to say that existence of Inner Rings is an evil.  It is certainly unavoidable.”

C.S. Lewis states in his book,

“The quest of the Inner Ring will break your hearts unless you break it.  But if you break it, a surprising result will follow.  If in your working hours you make the work your end, you will presently find yourself all unawares inside the only circle in your profession that really matters.  You will be one of the sound craftsmen, and other sound craftsmen will know it.  This group of craftsmen will by no means coincide with the Inner Ring or the Important People or the People in the Know.  It will not shape that professional policy or work up that professional influence which fights for the profession as a whole against the public, nor will it lead to those periodic scandals and crisis which the Inner Ring produces.  But it will do those things which that profession exists to do and …if in your spare time you consort simply with the people you like, you will again find that you have come unawares to a real inside, that you are indeed snug and safe at the center of something, which seen from without, would look exactly like an Inner Ring.”

But this ring is accidental, and it’s exclusiveness is a by-product.  This according to Aristotle is placed among the virtues, because this is friendship.  What a great lesson.  These children could be taught to enlarge their circle of friends, instead of giving them a guilt-trip about their view-point, which has not even fully developed.

I was saddened to see that Park City High School and the ICCJ have gone about this great idea to help bridge gaps in completely the wrong way.  I am willing to give the teachers a bit of a pass, because maybe they are really unaware of what they are promoting, which is social justice.  However, I think it’s time that all involved take a long look at what kind of indoctrination and guilt is being pushed.  And this is happening to our children while they are under the care of our educators.  While it is important to teach values and principles in school, the way they are taught is just as important.  This is not the way to do it.  This is a group with a political end-game more in line with Marxism and Socialism than American individualism and equal justice.  The principal of the school should be screening programs such as these, and have opt-out letters available for parents to sign.  We are watching.

We do not need to make the white children see their skin color as a curse and told they are racists, nor the blacks or Hispanics to feel they are being judged because of their skin color, when that might not really even exist.  I think Martin Luther King Jr. would be appalled.  Each of us should be judged on the content of our character not the color of our skin.  And that includes all kids.

For more information about what went on at this event from one person’s perspective, you can go to: